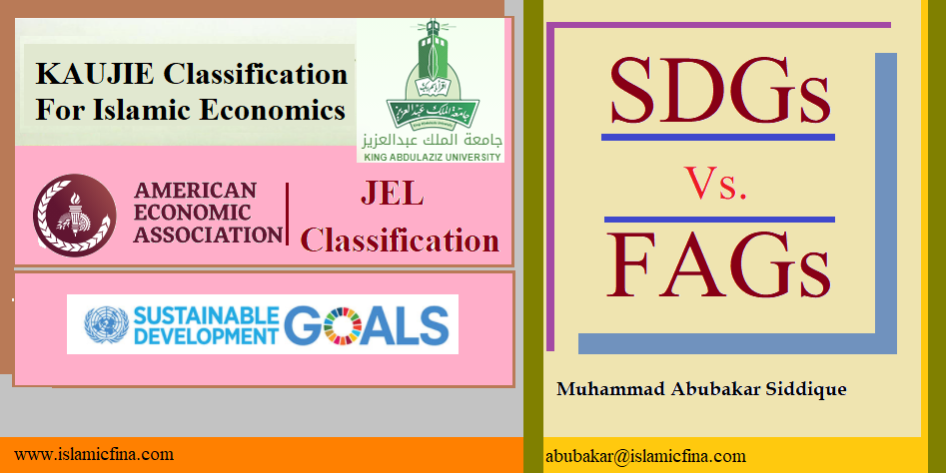 JEL classification is a concept that classify the scholarly literature of research world of economics, business, and Finance. Economics is a multidimensional subject. Subjects such as finance, macroeconomics, microeconomics, the role of government in economics, the historical aspect of economic thought, policy studies, the relationship of economics with other aspects of life such as education, health, sports, regulation etc. were categorized in separate classification and each class has been assigned different specific code. Research journals of these fields advise researchers to select code(s) relevant to their dissertation from JEL classification and add the code(s) right below the abstract of their dissertation and submit to them for publication. The advantage of JEL classification is that the research of scholars working in different corners of the world become automatically categorized under these codes. This classification is also updated over time.

This whole design of JEL classification has been developed under the umbrella of capitalism. The role of religion has not been given a place in any of its classes. Why? Because the capitalism was designed, developed and promoted against the ideology of divine religion and its values.

It has been almost three years since the Islamic economic system in general and the Islamic banking and financial system in particular as a regular separate subject came into the practical arena of the modern World. Muslim researchers have written and are writing countless research articles, books, and dissertation on various topics in these fields. But all this worthy literature could not get room in this capitalistic classification of knowledge. To get publish their dissertations, Muslim researchers had to apply JEL classification code by hook or by crook just like someone says about a “light pink color”, put it in the red box. Consequently, Islamic literature was scattered and could not come together on a large scale under any regular classification.

In this context, Dr. Munawar Iqbal from King Abdul Aziz University, KSA introduced the idea of ​​a new classification in 2017 and named it KAUJIE (King Abdullah University Islamic Economics) Classification. He classified the economics, finance, jurisprudence of financial transactions and the legal, historical and many other aspects of these subjects in Islamic perspective and assigned them specific codes. It was a job that required funding, time, and a teamwork. King Abdul Aziz University provided all these facilities to Dr. Munawar Iqbal and finally he successfully carried out this work. Journals of Islamic economics and Islamic banking & Finance are adopting KAUJIE Classification with the passage of time. This is really a valuable and appreciate able work.

Islam, its values, and SDGs

In 2015, the United Nations set 17 Sustainable Development Goals (SDGs for short) and called on its member states to spare a significant portion of their wealth in achieving these goals. Even the countries to which UN provides funds in the name of aid do so to achieve one or a few of the same 17 goals. However, this step is commendable. But the point is that the methods adopted to achieve these goals does not comply with religion and its values specifically with Islam. On the contrary, sometimes methods have been adopted that are clearly against the religious precepts. Take an example of prevention of AIDS is an objective under health protection. To achieve this objective, workshops have been organized to encourage men and women to use condoms and to provide information on safe abortion methods. Apparently, this goal is stated in the context of health protection, but one who has wisdom and intellect can understand what lethal method the devil has used to spread obscenity and immorality among societies in the name of health protection.

The 17 SDGs are in fact covered in the higher objectives of Shariah itself, which are briefly describe in terms of the five Shariah objectives: protection of religion, life, property, intellect and progeny. If we look at the 17 SDGs, the protection of religion is not taken into consideration at all as an objective. Similarly, the other four higher objectives of Shariah are not fulfilled in these SDGs in absolute, but on the contrary, loopholes have been left to violate them.

In the case of SDGs, the rich minds of the Islamic world will have to adopt the same attitude that King Abdul Aziz University took to develop KAUJIE classification. This step will have to be taken at the level of Organization of Islamic Cooperation (OIC). The Islamic countries like Pakistan, Turkey, Malaysia, Qatar and Saudi Arabia can play an important role in this regard as the people of these Muslim countries are currently playing a pivotal role in the field of Islamic economic and financial affairs. In the light of high objectives of Shariah, We should develop Falah Achievement Goals (FAGs).

The concept of Falah encompasses both religious as well as worldly welfare and success. As mentioned above, there are five main goals of Shariah. All injunctions of Shariah revolve around their fulfillment and protection. Shariah injunctions consists upon prohibitions and permissions and there are various stages of likes and dislikes between them. The purpose of Prohibitions is to protect the higher Shariah objectives and the purpose of Permissions is to achieve those objectives. Whatever lies between these ends facilitates the protection and achievement of objectives. For example, Riba was announced prohibited to protect the Maal, because riba reduces the maal. As Allah says “ Allah remove the riba”. Wine and other intoxicated items were declared prohibited to protect the intellect. Adultery was announced prohibited to protect the progeny. The purpose of prevention of male and female gathering is to protect them from adultery as it leads them towards it. Robbery, stealing, fraud, deception, cheating, false bidding, speculation, exploitation, uncertainty, coercion, and many other aspects are announced prohibited in Shariah because they not only hinder the achievement of high goals of Shariah but also harm the efforts made to achieve them. Therefore, Islam orders to give charity as it adds in wealth because Allah increase the wealth of donators. Islam promotes marriage for the survival human race. Islam order to spare Zakat from asset to give hands to the weak part of human population. It will help poor in sustaining their lives and riches in a way that poor will not rob and steal their assets. These and other similar Shariah injunctions are actually deep rooted and more sustainable goals than SDGs. Islam has given strong and everlasting framework of achieving these goals. On the contrary, for SDGs such superficial measures are taken that as soon as the funding is exhausted, all their effects disappear at once. But Islam raises the foundations of human society to the point where the status of funds for the attainment of goals becomes secondary. Then the society automatically goes on the path of welfare. And the world has seen the state of Madinah in the past and the welfare effects of this state on more or less half of the world. We can regain the same peace and prosperity today, but for that we have to meet the requirements of Islam.

May the Muslim Ummah have a sincere and visionary leader with good character. Amin.